How to Charge Provincial Sales Taxes on Online Sales 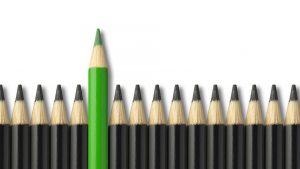 It doesn’t matter whether you are an individual or a business—you cannot escape taxes. Your business needn’t even be of the brick-and-mortar variety. Online businesses are required to pay taxes just like any other, but they face an added complication since they must charge and remit the taxes of other provinces. This can make things a bit complicated.

Businesses don’t have many options for avoiding the extra work required by online sales, and those they do have—limiting their product to non-taxable goods and services or limiting the locations they will ship to—are perhaps a bit extreme.

Much of the confusion regarding the handling of online taxes arises from the fact that Canada’s provincial sales tax (PST) varies from province to province. There is also a 5% federal tax, though this goods and services tax (GST) is combined with the PST in some provinces to create the Harmonized Sales Tax (HST).

Register your business as a provincial sales tax vendor in each of the provinces in which you will be doing business, and then collect the taxes and remit them accordingly. This is quite simple in the case of transactions done in your own province; simply follow the rules for your province’s taxes. For example, an Ontario company selling to a customer in the same province would simply charge Ontario’s 13% HST.

If, however, you are providing goods or services to another province than your own which charges the HST, then the HST rates of the destination must be charged. In the case of the above Ontario company shipping to Nova Scotia, they would not charge Ontario’s 13%, but rather the 15% HST of Nova Scotia.

Some provinces do not charge PST. When dealing with customers in Alberta, the Northwest Territories, Nunavut, and Yukon, your business would charge only the GST of 5%.

The provinces of Quebec, Manitoba, Saskatchewan, and British Colombia charge PSTs. Each of these provincial governments will typically want you to collect and remit the PSTs, but each one takes a different approach:

All out-of-province businesses should register before they sell any taxable goods to Quebec residents, as stated in the Quebec Retail Sales Act.

All out-of-province businesses will need to register as a vendor if they solicit sales in Manitoba, the orders originate there, the ordered good are used in the province, and the goods are shipped there.

All businesses selling online orders to those dwelling in Saskatchewan are expected to collect and remit Saskatchewan’s PST.

A business will be expected to collect and remit B.C.’s PST if they actively target customer in that province. This is determined by whether or not the company actively solicits sales in B.C. through advertising or any other method.

Tax Rates by Province or Territory

As stated above, there are different rates across the various provinces and territories. As of 2019 these rates are as follows:

For help understanding how to charge provincial sales tax on online sales, reach out to BCJ Group today.