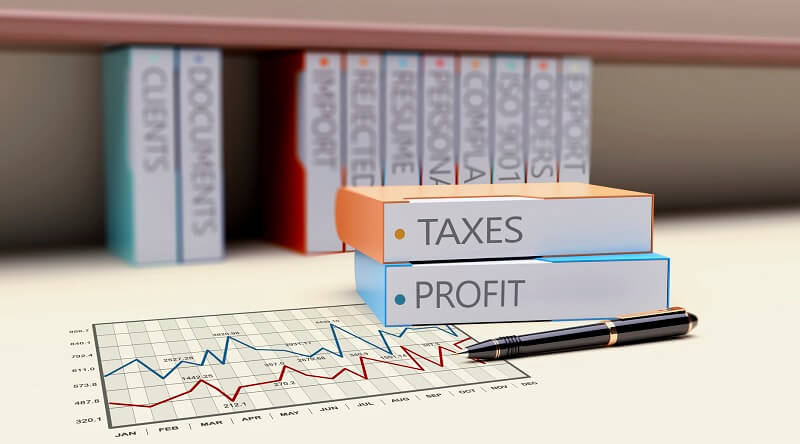 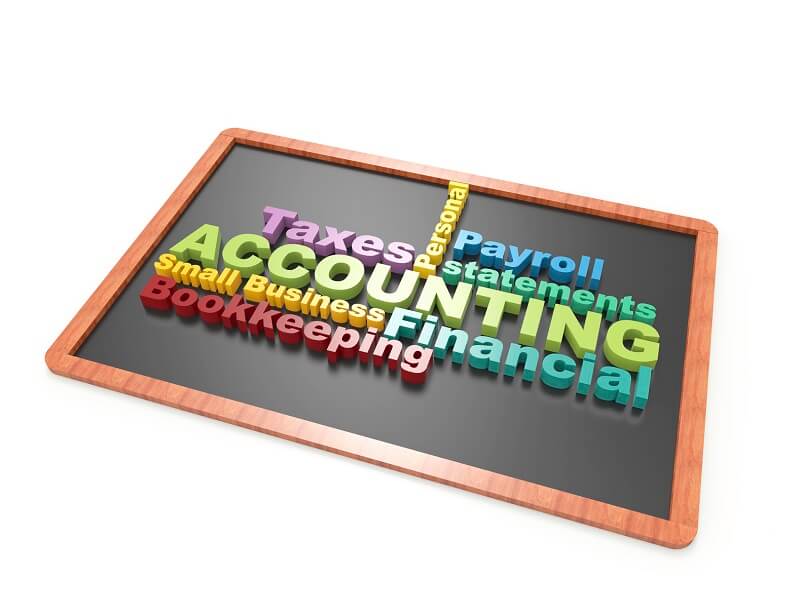 On July 18, 2017, Minister of Finance, Bill Morneau announced the release of a Consultation Paper which focused on three tax practices that the Government considers to provide an unfair tax advantage to private corporations and their owners.

Action Item: If you or your corporation utilize one of the above tax planning strategies, be cognizant of any legislated changes, their impact, and the effective date of the change.

Historically, CRA has stated that an employee enjoying a discount on the purchase of merchandise from their employer is only taxable if a limited number of specified situations exist, such as where the employer makes a special arrangement with the employee or group of employees to buy the merchandise at a discount; the employee buys the merchandise for less than the employer’s cost; or the employer makes a reciprocal arrangement with another employer so that the employees of one employer can buy merchandise from the other at a discount.
While the above guidance is still published in certain CRA documents, CRA has recently released updated guidance which appears to limit this administrative position. In CRA Folio S2-F3-C2, CRA noted that where an employee receives a discount on merchandise because of their employment, the value of the discount is generally a taxable benefit. This would apply regardless of whether the discount was provided by the employer or a third-party.
This updated guidance appears to be consistent with a number of Court decisions.
Action Item: Consider your business policy in respect of discounts on merchandise for employees in light of this updated administrative position.

A death benefit is a payment received subsequent to the death of an employee, in recognition of the deceased employee’s services. Up to $10,000 can be received by the Estate or beneficiaries of the deceased as a death benefit on a tax-free basis. As an employment-related cost, this would generally be deductible to the payer.
A March 14, 2017 Technical Interpretation, addressed several questions related to these payments following the death of an owner-manager.
CRA noted that the determination of whether an individual is an employee is a question of fact. The fact that an owner-manager received salaries for several years but was only paid dividends in the two years prior to death would not automatically mean that no death benefit could be received. It would be more difficult to support an employment relationship where the individual never received employment income from the corporation.
The existence of a formal commitment, such as a contract or a Directors’ Resolution, prior to the date of death is not a requirement for an amount to be a death benefit. Finally, a death benefit could be paid out over time, but the $10,000 exclusion applies only once, not once for each year.
Action Item: Consider this tax-free employment benefit.

The Canadian Retirement Income Calculator provided by the Government of Canada estimates retirement income generated through a number of programs such as the Canada Pension Plan, Old Age Security pension, an individual’s employer’s pension plan, RRSPs, and other sources based on past and intended contributions.

When using this tool, individuals should have their CPP Statement of Contributions, financial information about their employer’s pension, most recent RRSP statement, and any other information related to savings that will provide for ongoing monthly retirement income.

Action Item: Use this tool to help assess your financial readiness for retirement.

In a March 31, 2017 Technical Interpretation, CRA commented on the tax consequences of a charity returning a donated property to the donor. This could occur, for example, when a donation was made specifically for a project that had been halted.
Donor – Where the property is returned to the donor, the taxpayer is deemed not to have disposed of the property nor to have made the gift. As such, the portion of the original charitable donation tax credit or deduction related to the property may be disallowed.
Donee – Before returning a gifted property, the charity should review other provincial and federal legislation as it might affect their ability to legally return donated property. CRA also noted that returning property could be regarded as making a gift to a non-qualified donee or providing an undue benefit which could result in revocation of charitable status.
A qualified donee that issued an official donation receipt and later returns donated property must file an information return with CRA if the fair market value of the property is greater than $50 when it is returned, and the property is returned after March 21, 2011.
Action Item: If a charitable organization returns a gift to a donor, they should do so very carefully so as to avoid revocation of their charitable status.

The Voluntary Disclosure Program (VDP) provides taxpayers (individuals, corporations, partnerships, trusts, etc.) the opportunity to fix incorrect or incomplete previously filed tax returns (or returns that should have been filed) with a reduction to penalties and possibly interest.
CRA recently released fairly substantial proposed changes to the current program, effective January 1, 2018. The proposals are expected to be finalized in the fall of 2017.
The proposals will create two tracks for income tax disclosures.

General Program (GP)
The GP is similar to the current VDP. Penalties will be waived, subject to the usual ten-year limit, criminal prosecution will not be considered and interest relief will be considered for years preceding the most recent three years, with 50% of interest generally being waived. Interest for the most recent three years will not be waived.

Limited Program (LP)
The LP will be applicable for disclosures of major non-compliance and will provide reduced relief. Examples of situations where the LP would apply include where there are: active efforts to avoid detection through the use of offshore vehicles or other means; large amounts involved; multiple years of non-compliance; sophisticated taxpayers involved; disclosures after CRA communications such as official statements regarding its intended compliance focus, or following CRA campaigns or correspondence; and other circumstances where a high degree of taxpayer culpability contributed to the non-compliance.
Under the LP, gross negligence penalties will be waived, and criminal prosecution will not be considered. However, all other penalties will be assessed. No interest relief will be provided.

No Relief
In addition to current ineligible submissions, a number of situations will no longer be eligible for the VDP, including, for example where there is: income from proceeds of crime; a disclosure from a corporation with gross revenue in excess of $250 million in at least two of its last five years; and a disclosure related to transfer pricing adjustments or penalties.
Conditions for Valid Disclosure

The current requirements that any disclosure be voluntary, complete, involve a penalty or potential penalty, and include information at least one year past due will remain unchanged. Some further conditions, such as the requirement that the applicant pay the estimated taxes owing on application are proposed. Payment arrangements supported by adequate security may be accepted.
Action Item: If you have a disclosure which may be impacted by these proposed changes, ensure to submit your disclosure prior to the proposed changes effective date of January 1, 2018.

WITHHOLDINGS ON REMUNERATION TO NON-RESIDENT: Get your CRA Filings Correct

In the past, taxpayers in certain designated professions (i.e., accountants, dentists, lawyers, medical doctors, veterinarians and chiropractors) may have elected to exclude the value of work in progress (WIP) in computing their income for tax purposes. This essentially enabled these professionals to defer tax by permitting the costs associated with WIP to be expensed without including the matching revenues.
However, the 2017 Federal Budget proposed to eliminate this election, effective for the first tax year that begins after March 22, 2017. Transitional rules have been introduced to implement the change over two years. Once fully implemented, WIP, which is valued at the lower of cost or fair market value, will need to be included in income each year.
At present, many professionals either do not account for WIP in their financial accounts or account for WIP at its expected billing amount, using staff and partner billing rates rather than cost. These professionals will be required to determine the cost of their WIP in order to comply with these new provisions. There has been some uncertainty expressed regarding how the cost of WIP is properly calculated.
CRA has stated that the proposed changes are not expected to have any impact on bona fide contingency fee arrangements. That said, some practitioners have expressed concern that this concession has little or no basis in law.
Action Item: If you are in one of the industries impacted, and have not previously tracked the cost of your WIP, consider doing so. Also, budget for the possible additional tax liability over the next two years due to catching up the deferral of WIP.

CRA has provided commentary on its website to discuss recent changes to allow the electronic distribution of T4 slips. In the past, an employer could provide a T4 electronically only with the employee’s consent. For 2017 and subsequent tax years, employers may also satisfy their obligations by providing electronic versions without specific consent, provided other criteria are met. The employer must provide the following by the last day of February following the calendar year to which the slip relates:

Paper copies must be provided if:

The above only applies to T4 slips. Employers cannot issue T4 slips by email due to insufficient security features.
Action Item: Consider whether these new rules allow for a more streamlined T4 distribution at your business.
The preceding information is for educational purposes only. As it is impossible to include all situations, circumstances and exceptions in a newsletter such as this, a further review should be done by a qualified professional.
No individual or organization involved in either the preparation or distribution of this letter accepts any contractual, tortious, or any other form of liability for its contents.
For any questions… give us a call.