This publication is a high-level summary of the most recent tax developments applicable to business owners, investors, and high net worth individuals. Enjoy! 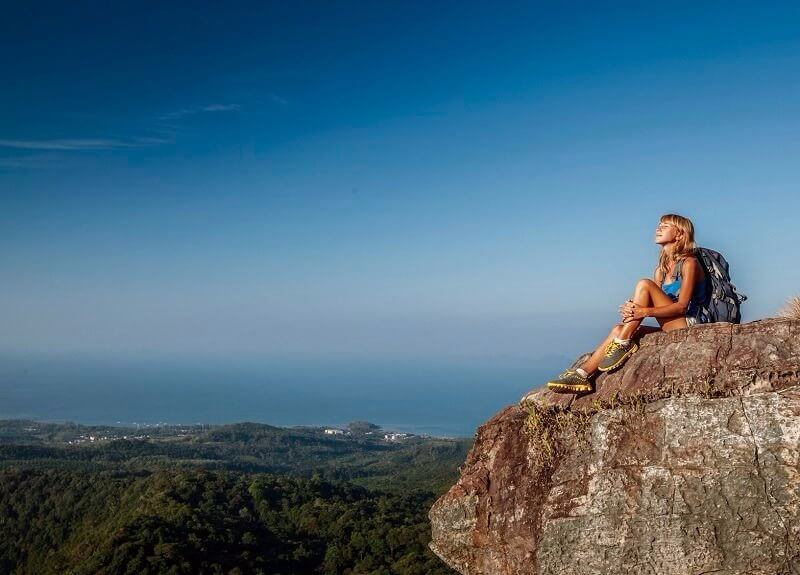 The 2017 Federal Budget proposed a number of changes to Employment Insurance (EI). Some of the proposals include the following:

This benefit will provide eligible caregivers up to 15 weeks of EI benefits while they are temporarily away from work to support or care for a critically ill or injured family member.

This will allow parents to choose to receive EI parental benefits over an extended period (up to 18 months) at a lower benefit rate (33% of average weekly earnings). The existing benefit rate (55% over a period of up to 12 months) will remain available for parents who prefer this arrangement. Finally, women will be able to claim EI maternity benefits up to 12 weeks before their due date (expanded from the current standard of 8 weeks).

Changes to enhance the ability of EI claimants to pursue self-funded training while maintaining their EI status were proposed.

Action Item: Ensure you are aware of these changes to Employment Insurance.

Most businesses must register for a GST/HST account (and therefore collect and remit GST/HST as appropriate) if they earn revenues from worldwide taxable supplies greater than $30,000 within the previous four consecutive quarters, or exceed the $30,000 threshold in a single calendar quarter. However, a special rule applies to self-employed “taxi businesses” which requires them to register regardless of the quantum of revenues.

There has been some uncertainty as to whether drivers of ride-sharing services, such as Uber, are considered “taxi businesses”.

The 2017 Federal Budget ended this uncertainty. It proposed that, effective July 1, 2017, ride-sharing services will be defined as a “taxi business” for GST/HST purposes and therefore will be required to charge and remit GST/HST. More specifically, a “taxi business” will now include all personsengaged in a business of transporting passengers for fares by motor vehicle within a municipality and its environs where the transportation is arranged for or coordinated through an electronic platform or system, such as a mobile application or website.

PERSONAL USE ASSET IN A CORPORATION: GST/HST and Other Tax Issues

A number of issues may arise if a shareholder uses a corporate asset personally without providing the corporation with fair market value (FMV) consideration. Barring a special relieving provision of the Act, the shareholder may be subject to a shareholder benefit, essentially resulting in double tax. Another issue that may arise relates to GST/HST. This was considered in the below Court case.

In a September 23, 2016 Tax Court of Canada case, at issue was whether the input tax credits (ITCs) for the corporate purchase of a $310,000 recreational vehicle (RV), which was allegedly used for both corporate and personal purposes, would be permitted. For the periods that the taxpayer conceded that the vehicle was used personally, the shareholder paid $2,000 plus GST/HST per week. The Minister provided evidence from a 3rd party that the average rate for such a vehicle would be between $4,500 and $5,000 per week.

The Court determined that the vehicle was acquired exclusively, or at least primarily, for the shareholder’s personal use. To be eligible for an ITC, an asset must be acquired “for use primarily in commercial activities of the registrant”. As such, the GST/HST paid would not be recoverable as an ITC.

Action Item: Assets acquired for personal use by shareholders should not generally be acquired by the corporation. Significant income tax and GST/HST issues may arise if such assets are held corporately.

On March 17, 2017, CRA released a Tax Tip reminding those involved in the sharing economy to ensure that they comply with relevant income tax and GST/HST obligations. All income earned through sharing economy activities should be reported.

CRA also noted that it is co-operating with industries, the provinces, and the territories to identify and address areas where the tax system and compliance might be affected.

Action Item: If you are involved in the sharing economy, ensure you are compliant with your tax obligations.

CHARITIES AND FOR-PROFITS WORKING TOGETHER:

A registered charity may work with a for-profit entity to promote the sale of the for-profit’s items on the basis that part of the revenues will go to the charity.
This is commonly called cause-related marketing. On February 9, 2017, CRA published guidance addressing this.
CRA noted that the benefit that a for-profit receives from this type of arrangement is considered an advantage. The charity must quantify this advantage and reduce it from the amount of the donation to calculate the eligible donation. Where the total value of the advantage cannot be calculated, the charity cannot issue a receipt. That said, CRA noted it may be possible to claim the donation as an advertising expense.
Action Item: Consider this type of arrangement to raise funds for your charity! Or, as a for-profit, to raise your profile in the community.

In a November 29, 2016 Technical Interpretation, CRA opined that where investment management fees incurred by an RRSP, RRIF or TFSA are paidfrom outside of the plan (such as by the annuitant or holder) the plan’s controlling individual would likely be subject to a tax equal to 100% of the fees paid.

CRA opined that investment management fees represent a liability of the registered plan trust and should, therefore, be paid using funds from the plan. If paid from outside of the plan, the resulting indirect increase in value of the plan assets would likely constitute an advantage. That is, more assets would be retained in the tax-sheltered vehicle.

CRA further noted that it is not commercially reasonable for an arm’s length party to gratuitously pay the expenses of another party. As such, there is a strong inference that a motivating factor of the above is to maximize the savings in the plan so as to benefit from the tax exemption afforded to the plan.

Recognizing that it is common practice for the holder of these accounts to pay the management fees, CRA indicated they will defer the application of this position until January 1, 2018.

Action Item: Be aware of changes in how investment management fees are charged in the near future to avoid this tax.

Finding What You Thought Was Lost on the Internet

Webpages are constantly evolving. An individual may wish to see the historyof a certain webpage for any number of reasons.

Without a webpage or website self-reporting the changes made, identifying them can be difficult. However, there are a number of tools available on the Internet that may be useful in piecing together a webpage’s historical data. One such tool, https://archive.org/web/, aims to record what a webpage looked like at various moments in time. This can enable users to see how a webpage has changed over time.

Action Item: Use this tool to find historical information on the internet.

Increase the Value of Charitable Giving

An individual who gifts cash or assets to a charity is able to claim a donation tax credit which reduces their personal tax liability. If the individual giftscertain publicly traded securities directly to the charity, they may enjoy additional benefits.

While the full value of the securities will be a charitable donation either way, if the securities are donated directly to the charity, the taxable portion of the capital gain is reduced to 0%. That means there is no tax liability on the disposition. For example, consider an individual who wishes to gift $5,000. If that individual sells $5,000 worth of publicly traded securities, they must then pay capital gains tax on the disposition. However, if they donate the shares directly to the charity, they are not subject to the capital gains tax, but still benefit from the donation tax credit.

Though the planning may seem simple there are a number of complexitiesthat may arise. For example, while similar benefits can be obtained when gifting securities acquired through an employee stock option plan, careful planning is required to eliminate the taxable benefit which normally arises on exercise of these options.

Corporations also benefit from no capital gains tax on these donations. In addition, they receive the added benefit of increasing their capital dividend account by the full amount of the capital gain, potentially allowing payment of tax-free dividends.

Action Item: When planning charitable giving, consideration should be given to gifting publicly traded securities, rather than cash, to better the tax benefits.

There Are Tax Consequences

In a December 19, 2016 French Technical Interpretation, CRA opined that the requirements of a DSLP must be met when the plan is entered into and throughout the duration of the plan. One requirement is that the employee return to their employment after the leave of absence for a period that is not less than the leave period.

If, when entering into the agreement, the parties expect the employee to cease employment during the plan, it would not qualify as a DSLP. In this case, the deferred amounts would be included in the employee’s income when earned.

On the other hand, if, at the time the agreement is made, it is clear that the employee will meet all the requirements, being temporarily out of work during the period should not, in and of itself, prohibit an employee from participating in a DSLP.

Action Item: Consider a deferred salary leave plan as an option for key employees wishing to take a leave of absence.