How Selling Your Home Will Affect Your Taxes 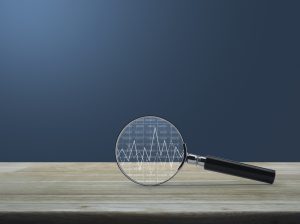 The time has come to sell your home. On its own, this can make for a stressful time, so you really won’t want to contend with the taxman adding to your concerns. Still, selling your home is going to have some consequences for your taxes.

If you are selling your personal home, you are eligible for what is known as the “principal residence exemption.” In simple terms, this means that you are not required to pay tax on the money received from selling your home. Essentially, you keep any profits from selling it.

In order to claim this exemption, you must designate the property as your “principal residence” on your tax return. This can be accomplished by completing the T2091 form as well as the bottom portion of Schedule 3 (Capital Gains). This must have been done by the time you submit your taxes. By filing late, you run the risk of having the CRA refuse the designation. If they do still accept it, you will be facing stiff fines.

Claiming More than One Principal Residence

Though it may not sound logical, it is possible to have more than one home categorized as a principal residence, and it is much easier than you would expect.

The CRA requires that you demonstrate that you live in the house to be sold. What they don’t require is that a specific amount of time be spent living there. This means that as long as you lived in the home for a portion of the year, you meet the rule of eligibility. Remember though, you can only claim one house each year that you are designating homes as a principal residence.

John is the owner of two homes. His regular home is in the city, while he also maintains a country cottage for summer getaways. He has owned the cottage since 2015 and the city home since 2010.

Over the years, the area where the cottage lies has increased significantly in value, and he is offered an irresistible sum that he can’t ignore. Agreeing to sell the cottage, John is quite pleased with the money he has made. But is it taxable?

John is obviously quite pleased with this but must bear in mind that he will no longer be able to use the principal residence exemption on his city home for those same years. If he sells that home as well, a portion of the gain will be taxable.

If you need help with your taxes when you are selling your home, contact BCJ Group.